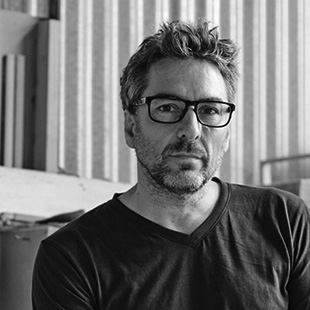 Scot Laughton was born in Ottawa, Canada, in 1962. He studied industrial design at the Ontario College of Art in Toronto. In his final year, he designed the Strala light, which Time magazine named one of 1987's top ten designs. In the same year, he and two other OCA graduates founded Portico, a studio and manufacturing facility for their own limited-production furniture and lighting designs. Recognized for its high quality furniture, Portico achieved a synthesis between production and craft that became a model for others seeking to establish designer/maker studios. Laughton opened his own practice in 1992 and has designed furniture and products for the residential and commercial markets. His clients include Keilhauer, Nienkämper, Pure Design, Du Verre and Umbra. Among his most recent designs are the Laughton Series Lounge collection for Keilhauer, which won the Silver award in the Seating category at NeoCon Canada 2002, and furniture for Lolah's debut collection at the International Contemporary Furniture Fair in New York City, which received the ICFF 2002 Editors Award for Best Furniture. Laughton's work has been selected for ID Magazine's Annual Design Review and has appeared in many other publications, including Metropolis, Azure, Intramuros, FRAME and Ottagono. Exhibitions in Canada, Britain, Scotland and Japan have featured his designs. The Royal Ontario Museum and the Design Exchange in Toronto have recently acquired his work for their permanent collections. He is a founding member of Furnace, a collective committed to producing thoughtful, functionally appropriate, minimalist designs through collaborative effort. In the fall of 2002, Furnace launched its first collection in London, England. Laughton has taught at York University and Sheridan College and currently teaches at the Ontario College of Art and Design in Toronto. He has conducted workshops at the Cooper-Hewitt Design Museum in New York City and other venues throughout North America. Recently, he was named Designer of the Year (2003) by the Interior Design Show, Toronto.